After two brilliant weeks in Morocco, it finally time to say goodbye and journey to our next African country.  We were headed for the land of the pharaohs and home of the last remaining Wonder of the Ancient World: Egypt.  We organized a private tour through a company called Egypt Day Tours for our eight-day journey through this famed country in order to allow us to see the maximum amount possible in the short timeframe we had available.   Our parents and friends voiced some concern over our selection of Egypt as our next travel destination because of the civil unrest that plagued the country in 2011 and 2013.  However, we were not to be deterred.  Egypt had been high on all of our lists, and we were super excited to see what this magnificent country had to offer.

Mainly because of the number of pictures we took during our time in this country and my need to show you all of them, I divided Egypt into three separate posts.  So bear with me on this, I promise it’s worth it.  This post covers just Cairo, before our boat tour down the Nile.

Day 132 (12/1/16): We left our apartment in Casablanca and headed for the airport.  Katie was dealing with a serious stomach illness that for her especially, resulted in a long and arduous travel day.  We boarded our plane for the five-hour flight and tried to get some shut-eye.  Once we arrived, we were met at the gate by one of our tour operators, who helped us with the visa process.  After grabbing our bags, we climbed in a van and headed for our hotel in downtown Cairo.  We got checked-in, and Katie and Justin went to lie down.  Adam and I got a late dinner at the hotel restaurant before also going to our room to sleep.

Day 133 (12/2/16):  Today was a spectacular introduction to Egypt.  We awoke early, eating a big breakfast in the hotel, before meeting up with our tour guide Waleed.  He took us to the world-famous Museum of Egyptian Antiquities (a.k.a. Egyptian Museum).  We spent several hours touring the museum seeing artifacts dating back over 5000 years.  We saw sculptures, sarcophagi, jewelry, pottery, ancient scrolls, canopic jars, mummified people and animals, and much more.  Some of the highlights included the spoils of King Tutankhamun’s tomb, including his infamous head mask, and the book of the dead.  Our guide did a terrific job informing us about the history of the pharaohs and the country and detailing the craftsmanship and stories behind the various artifacts.  Unfortunately, Katie’s illness returned and she left us at the museum to return to the hotel for some rest.  Afterwards, we crossed the Nile and made a brief stop at a papyrus, where the learned the art of making the ancient Egyptian paper.  Then finally, headed for the most well-known sight in the country and one of the most well-known sights in the world: The Great Pyramids of Egypt.  We started at the largest of the pyramids; the one built for King Khufu.  Waleed gave us some more history on the background and construction of the pyramids, while we fended off packs of overly excited Egyptian teenage boys.  We climbed a few levels of the pyramid to get some pictures and see the two entrances to the pyramid before climbing back in the van.  From there we headed past the smaller two pyramids to a viewpoint stop a nearby hill to get a better shot of all three of the largest pyramids (we learned there are actually nine in the complex – three for kings, and six for various queens and wives).  At the viewpoint, we had a blast with Waleed taking pictures with all of the typical tourist poses before we headed for our last main sight of the day, the Great Sphinx.  We got some great shots from the front and side of this magnificent sculpture while our guide explained its history and legends.  Feeling hungry, Waleed took us to a restaurant called Abou Shakra that serves traditional Egyptian cuisine, particularly grilled chicken.  It tasted amazing and had a picture-perfect view of the pyramids and the sphinx right out the front door.  Full and happy, we headed back to the hotel to rest. 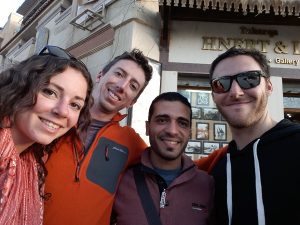 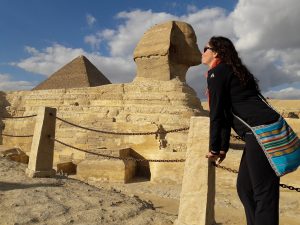 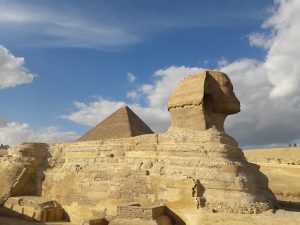 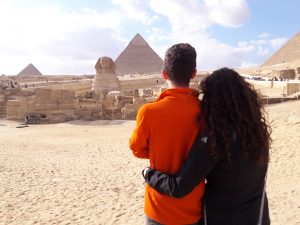 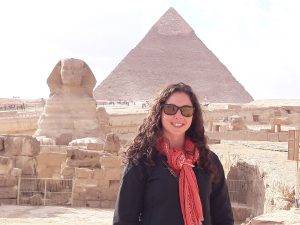 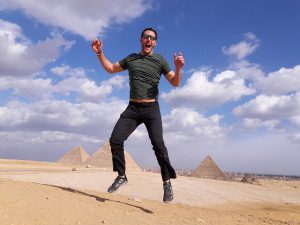 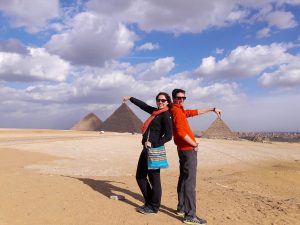 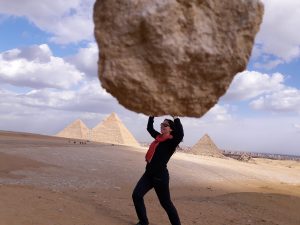 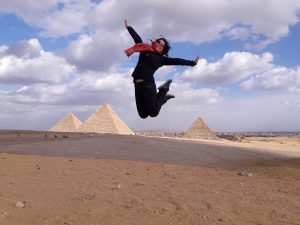 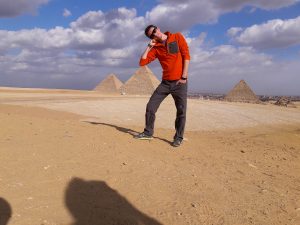 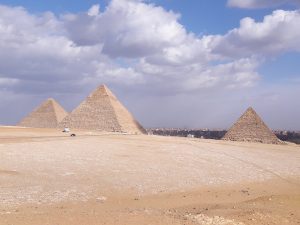 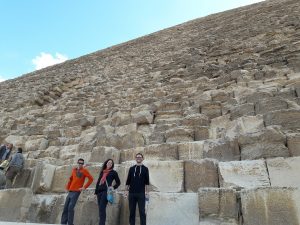 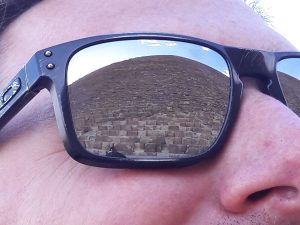 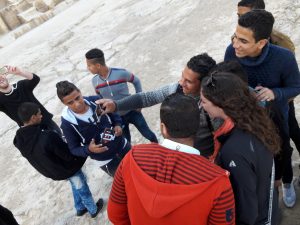 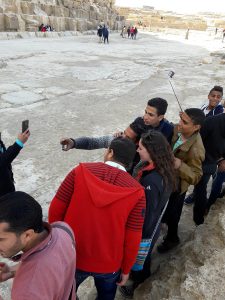 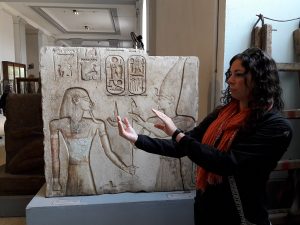 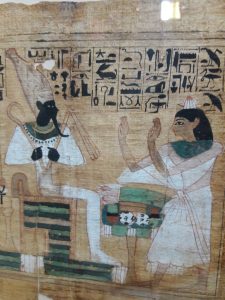 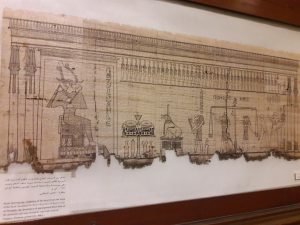 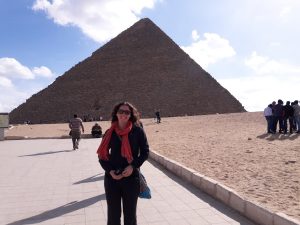 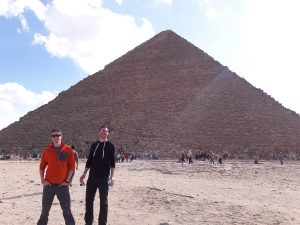 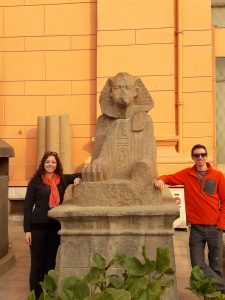 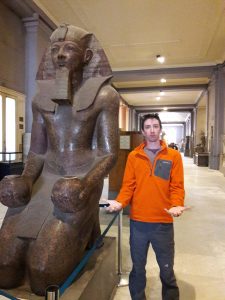 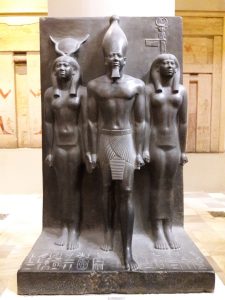 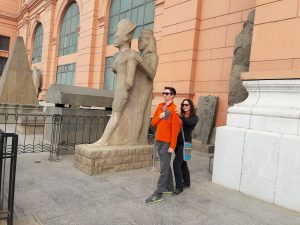 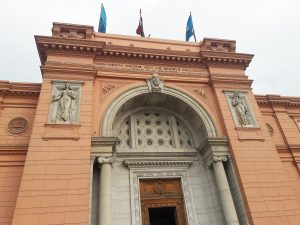 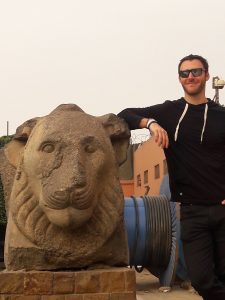