Ho Chi Minh City was the last stop on our tour of Vietnam.  We were only going to be in the city for three nights, but we were determined to make the best of it.

Day 227 (3/11/17):  We were staying in the center of the backpacker area in the city, near Pham Ngu Lao Street, and one of the benefits was that there was a free walking tour that started just down the street from us this morning.  So, we snagged breakfast and met up with our guide.  He took us around the city explaining various legends and describing the historical events of the city and the country.  We all found the life of Ho Chi Minh to be particularly interesting.  Our tour guide took us to all the main sights including the Saigon Notre-Dame Basilica, Saigon Central Post Office, Imperial Palace, the Municipal Theater, the Ben Thanh Market, and the Mariamman Hindu Temple.  We were all particularly moved by the Venerable Thich Quang Duc Monument, a memorial to honor the monk who set himself on fire in protest for the fair treatment of Buddhist’s in the city.  After the tour ended, we grabbed some lunch and Adam and I headed back to the hostel while Katie and Justin headed off to cool off at a roof top pool party a few blocks away from us.  We spent the rest of the afternoon relaxing.  That evening, we went out for dinner at a place around the corner.  We had a few drinks on our balcony and played some cards before heading out into the chaos of the backpacker’s street.  We got a couple more drinks at a bar on the street and watched the world go by.  We stopped at another bar for a little bit of dancing before we headed back to our place for the night.

Day 228 (3/12/17):  Today, on our last day in Vietnam, we decided to expand our horizons and go out on our own food tour of Ho Chi Minh City.  We walked around the city trying banh beo, banh tom bi, bun cha Hanoi, banh da xuc hen, banh khot, and com tom bi cha suron trung op la throughout the course of the day.  And, in the middle of all of our eating, we spent a couple hours at the War Remnants Museum, one of the most interesting museums on the Vietnam war I have ever seen.  Stuffed and happy, we headed to bed early in order to ready ourselves for the long bus trip to Cambodia the next day.

Tip: You may have to look around the market a bit to find it, you will turn down a small alley and walk past a bunch of manicure/pedicure places on the way.

Tip: We split one between two of us since there were so many stops although this was a lot lighter and more refreshing than expected.

Tip: We had issues finding this one. It does not appear to be at #34a but actually closer to #25 next to the circle k market just down the street and it’s a 2 story building with a terrace on the second floor – again we split the large portion of this.

Food: bahn khot – fried rice cakes topped with pork or shrimp or crab and served with greens to wrap them

Tip: These were some of my favorites even though they were a bit more expensive than most things – we ordered a second helping of the pork ones after we ate the first…

We went to the war remnants museum at this time to give ourselves time to digest… dinner is a big portion, a bit out of the center so we could do the museum, return to our hostel and take a break.

Food: cơm tấm bì chả sườn trứng ốp la – this is an amazing fried pork chop served over broken rice, topped with a fried egg, shredded pork skins, and some kind of pork meat loaf (do not be deterred, it is all about the pork chop and it is huge)

Tip: You will need to take a cab here as it is in district 10, but they are easy to get and fairly cheap. This was one of my favorites and the place is ALL locals and a bit grungier. They do not speak any english, but just show them the name of the food I have typed out and use your fingers to get two (You will want your own). 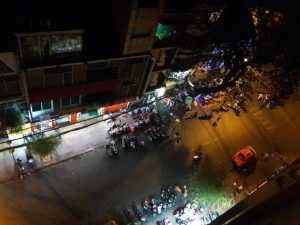 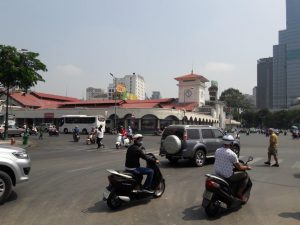 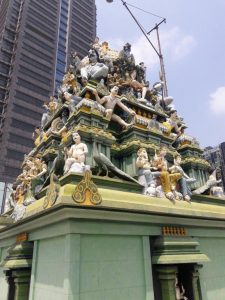 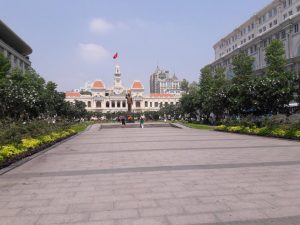 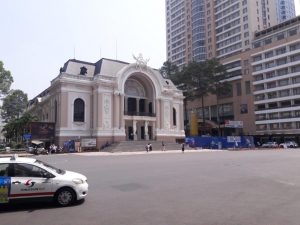 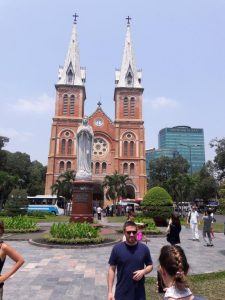 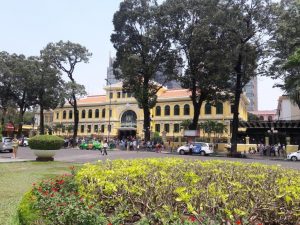 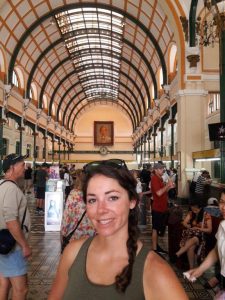 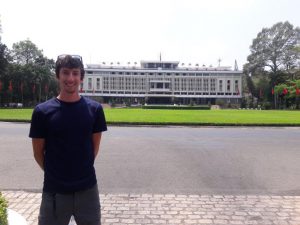 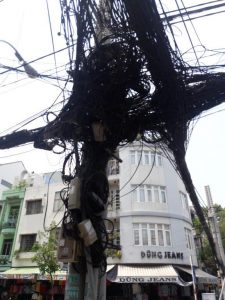 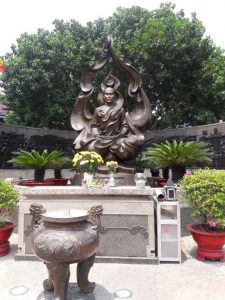 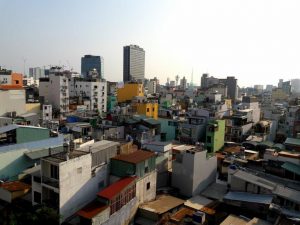 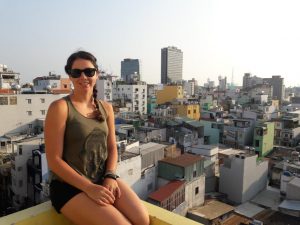 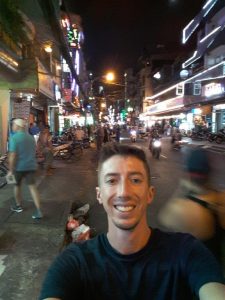 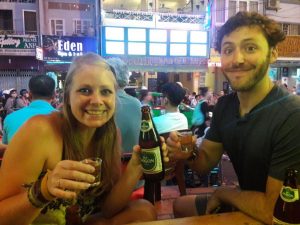 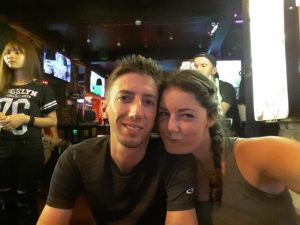 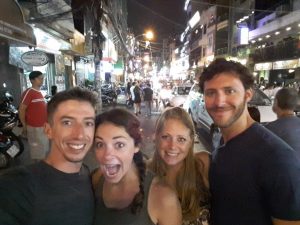 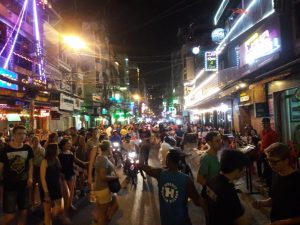 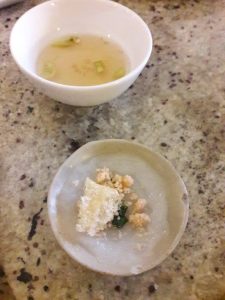 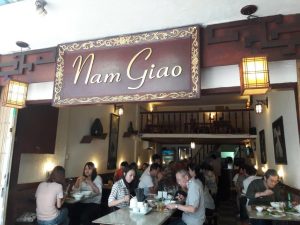 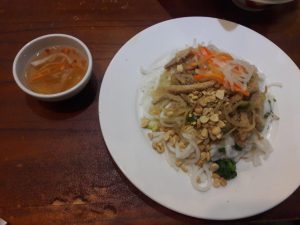 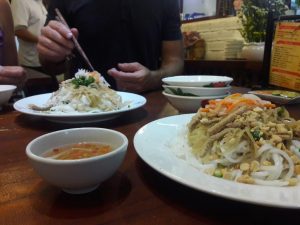 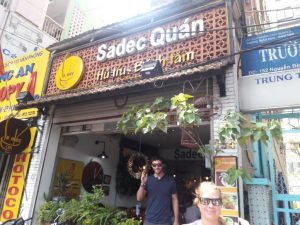 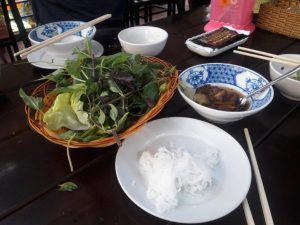 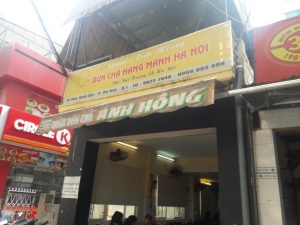 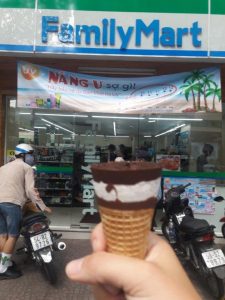 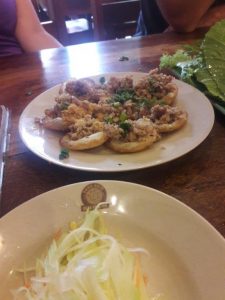 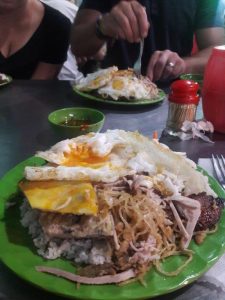 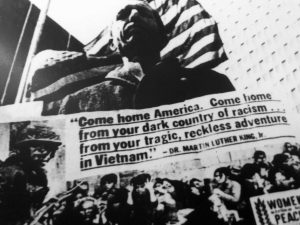