After a hellish flight cancellation fiasco that had us staying the night in a roach infested hotel in Kuala Lumpur, Malaysia (thank you Air Asia), we finally arrived on the island of Bali.  We flew into Kuta on the south side of the island, and made our way a bit outside the busy center to the swanky area of Seminyak.  At first, we were excited about our plans to use this time in the south to enjoy the beaches and learn to surf.  However, fate had other plans…..

Through speaking with other passengers on our flight and by reading signs posted in our hotel, we quickly determined that our time to be here was not ideal for the plans we had.  We were going to be in Seminyak for Bali’s Saka New Year.  While at home this would usually be very exciting, with people rushing out to drink and party, we quickly discovered that that new year’s celebration on this island was slightly different than those we had in the U.S.

On our first day there, we saw many Balinese people clad in white, heading to various temples in what are known as Melasti pilgrimages.  Then, on new year’s eve, everything shuts down relatively early as big parades begin in which large floats shaped like demons are carried through the streets.  They really go all out with these floats, making them as graphic and scary as possible.  The floats are paraded around town while people look on, making as much noise as possible.  The thought is that the noise will scare away the demons, or ogoh-ogoh.  Some of the floats are then burned or destroyed.  We found this part of the celebration to be very interesting to witness, although the crowds of locals are enormous, making it hard to bet a good view of the parade.  It was definitely a stark contrast to what was to come the following day.

Bali’s new year is also called Nyepi Day, or in other words, the Day of Silence.  It is the quietest and darkest day of the year in Bali, and it is taken extremely seriously.  On Nyepi Day, all citizens are confined to their homes and all tourists are confined to their hotels from 6:00 a.m. until 6:00 a.m. the following day.  During the day, you are expected to be as quiet as possible, and limit your use of electricity and light.  For us at the hotel, this meant that we could not leave the hotel grounds, and after 6:00 p.m., we were confined to our rooms.  Luckily, our hotel had two restaurants onsite and we were still allowed access to the pool areas for most of the day, although we were asked to keep our noise levels to a minimum.  The hotel also sent people up to every room to cover the windows in paper, so no light would be able to be seen from outside once the sun set.  The TV stations in Bali even stop broadcasting at this time, and all cable is shut off.  I had never seen this before anywhere, but literally you turned on the TV and got nothing.  However, to compensate for this the hotel had arranged to air a few movies for entertainment over their own information channel.  And when I say they take it seriously, I mean it.  There is a special police force brought in to ensure nobody is out on the streets and that lights remain hidden from the outside.  One of the most bizarre and kind of cool things about this is that for this one night, despite being in a large, crowded area of the island, you can clearly see the stars shining overhead.  It was a very surreal experience.

Now, while it is kind of neat to be able to say I experienced this unique celebration, it was an unexpected diversion from our original plans, and forced us to stay put in the city a bit longer than we originally intended.  That being said, while in Seminyak/Kuta the weather was also not the greatest, with a fair amount of rain that kept us indoors.  We also were there at a time of year in which the tides wash a fair amount of rubbish onto the beaches on this side of the island, making them far less appealing to lounge around on and limiting our desire to swim.  So, we made the best of it wandering around town when we could, and planning the next steps of our travels through Indonesia. 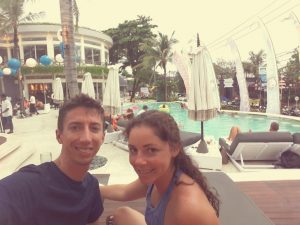 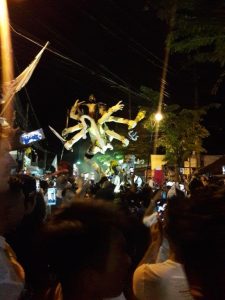 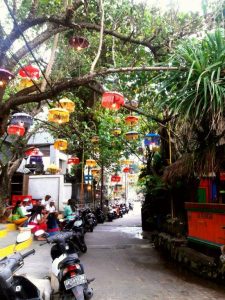 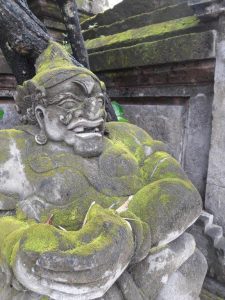 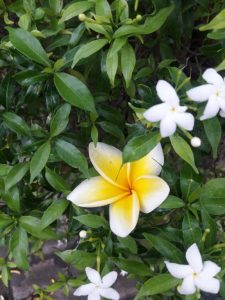 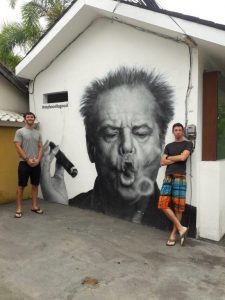 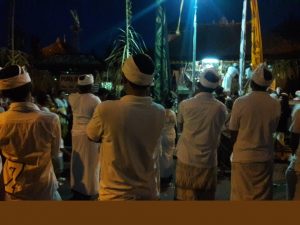 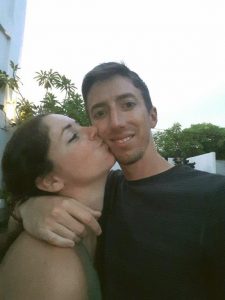 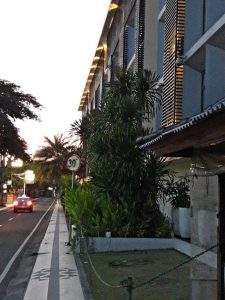 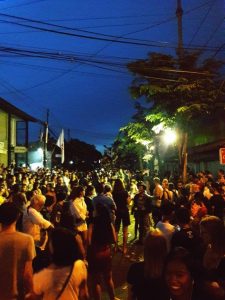 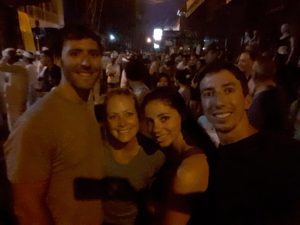 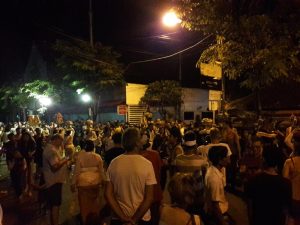 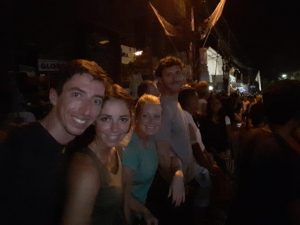 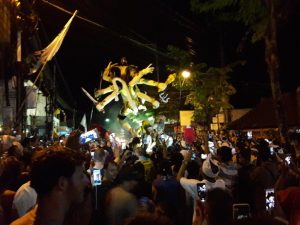 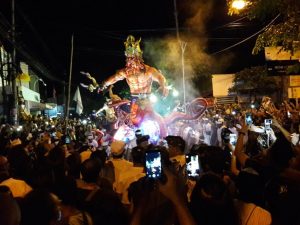